Oh my goodness. You know that I have trouble editing myself. That I have a tendency to take recipes a tad too far. Today, I didn’t even try to control myself. I took the quintessential summer dessert and ran with it. The resulting dessert-for-breakfast masterpiece: S’mores Sweet Rolls. 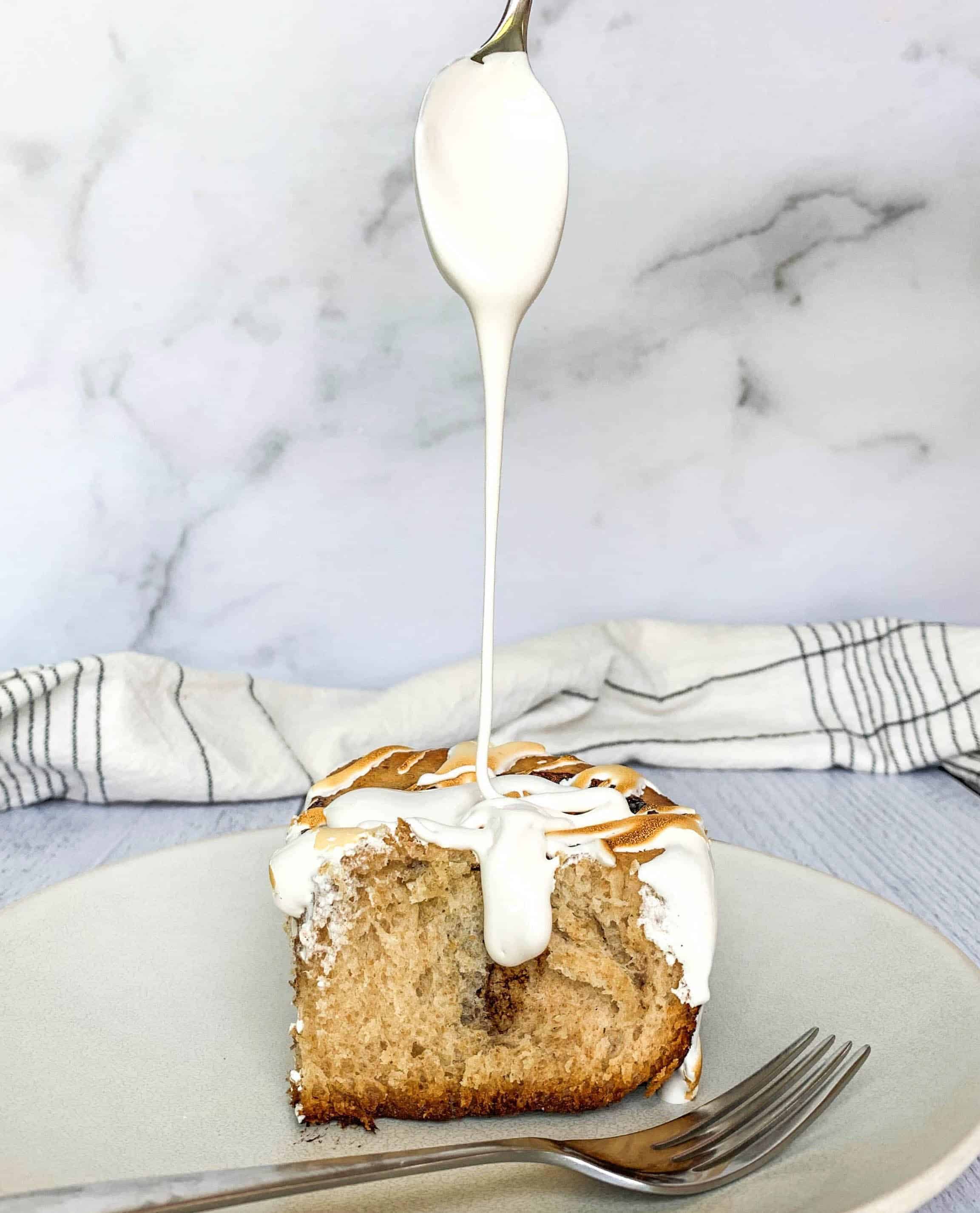 Let me give you an idea of what I’m talking about here. These S’mores Sweet Rolls are graham sweet rolls filled with gooey chocolate filling, and baked until golden. THEN I made homemade marshmallow glaze, and toasted it with my trusty kitchen torch. Mind. Blown.

There are a few things that you need to know up front. This isn’t a quick process, but it is amaaaaaazing. The graham dough was a total experiment and it worked! (Yay!) I can usually provide ingredient substitutions, but in this case you want to use graham flour. It’s necessary for your sweet rolls to be like the graham cracker portion of a s’more. If you can’t find it in your local grocery store, you can find it [here].

Once the dough rises and is rolled out, it gets filled with a super gooey (ALL the butter!) chocolate filling. I used a dark cocoa powder for darker color and deeper chocolate flavor. You do have a decision to make at this point, though. These sweet rolls are just that–SWEET. I listed mini chocolate chips to be sprinkled over the chocolate filling as “optional” in the recipe. Just think about how sweet and gooey you want these babies to be before you add them. I left them out because that’s what my crew prefers, but I wished that I had put them in for me. 😀 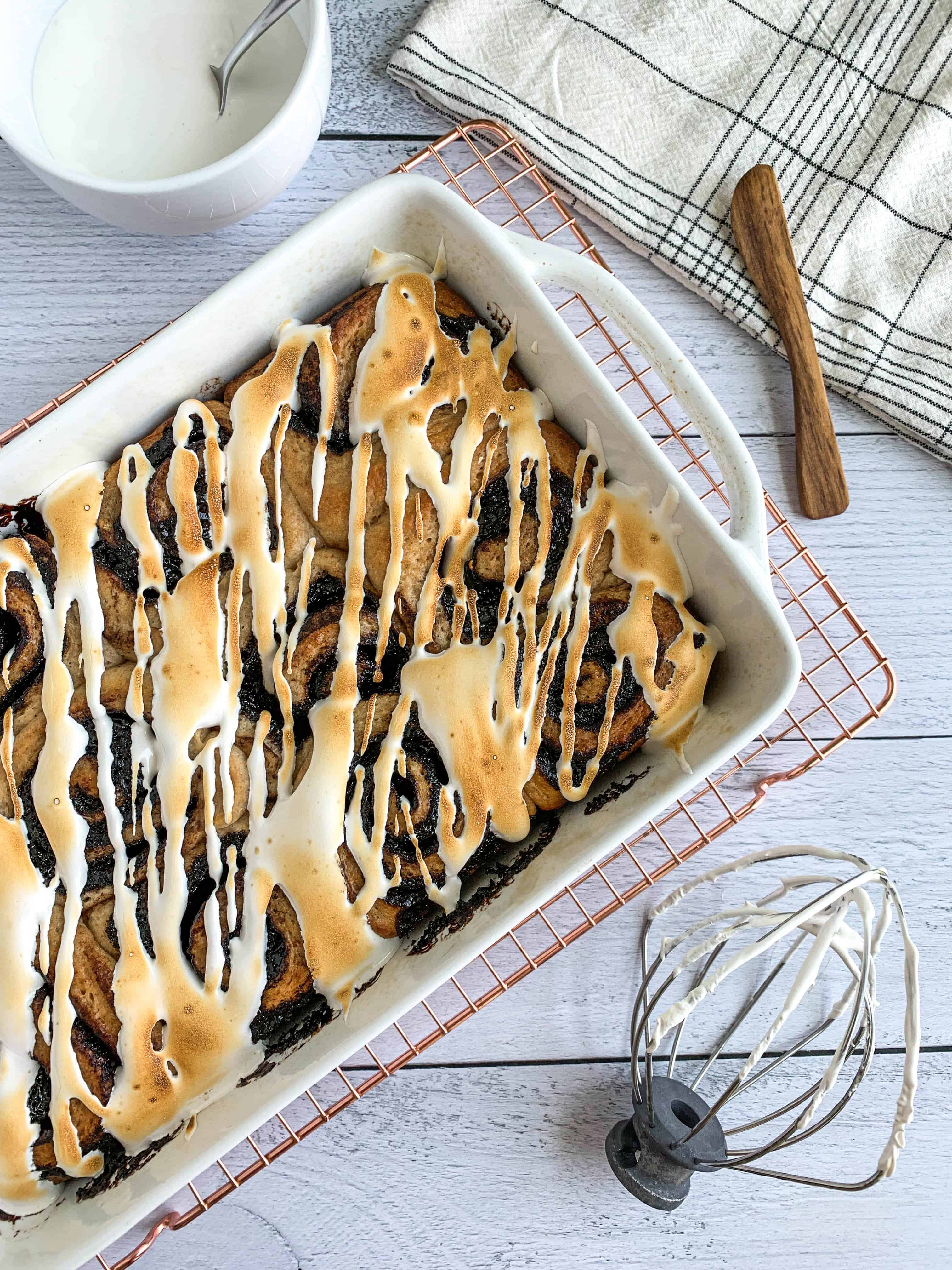 So you’ve done all the work. Making the dough, letting it rise, filling and cutting the rolls. NOW I expect you to wait OVERNIGHT????  Yeah, sorry. Just think about how you don’t have to get up before dawn to have these ready for breakfast. 😉 Just pop the sweet rolls onto the counter while the oven preheats, bake, and you’re there.
Okay, almost. 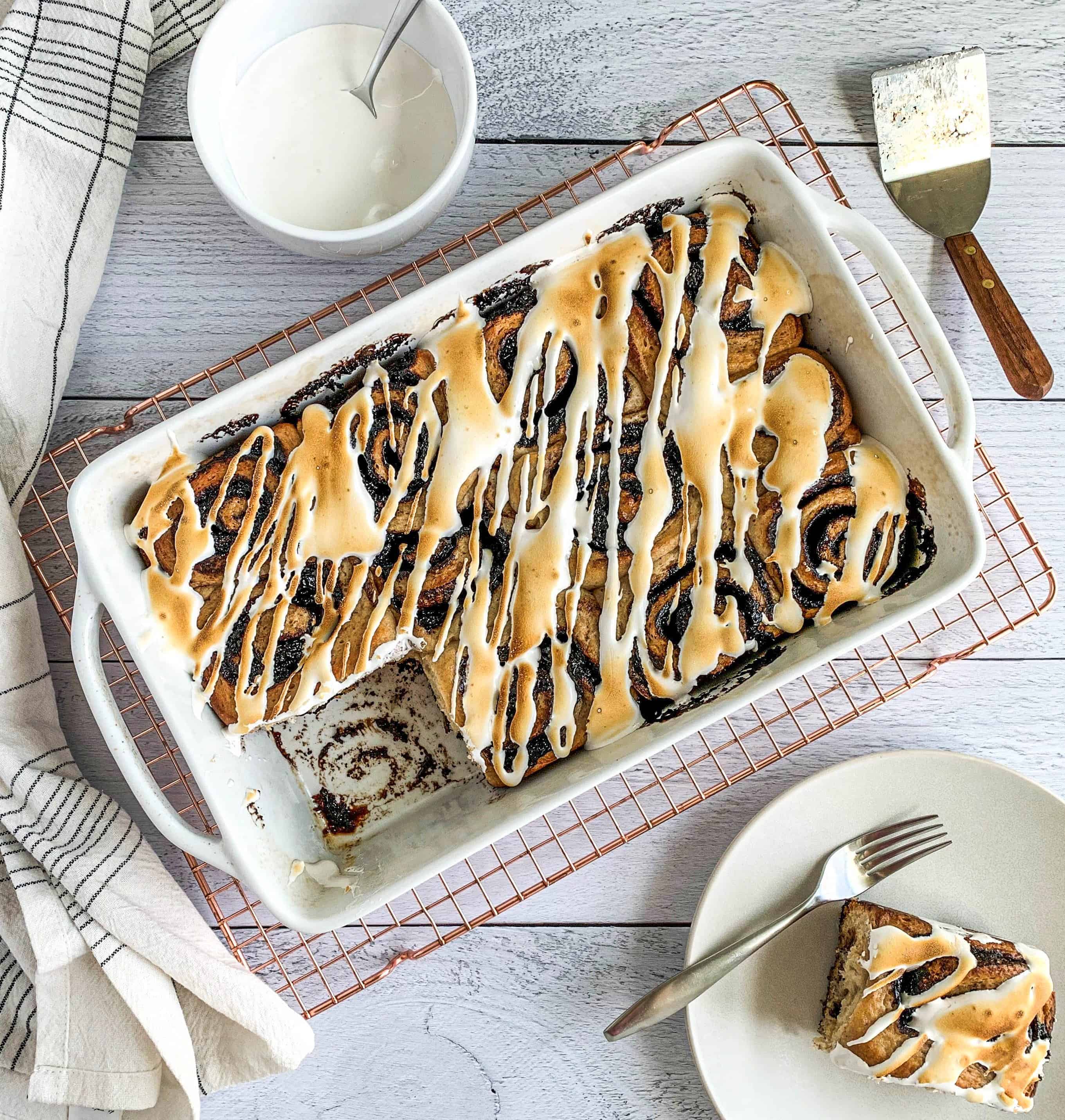 Now you make the glaze. I’m going to level with you here. Not even I (the queen of unnecessary homemade foods) felt much like making marshmallow cream first thing in the morning. You *might* be able to get away with thinning store-bought marshmallow cream with some water. Might. I’ve never tried. I will tell you that, although it is a few extra steps, the homemade marshmallow glaze is deeeelish and whips up (literally) while the rolls are baking. 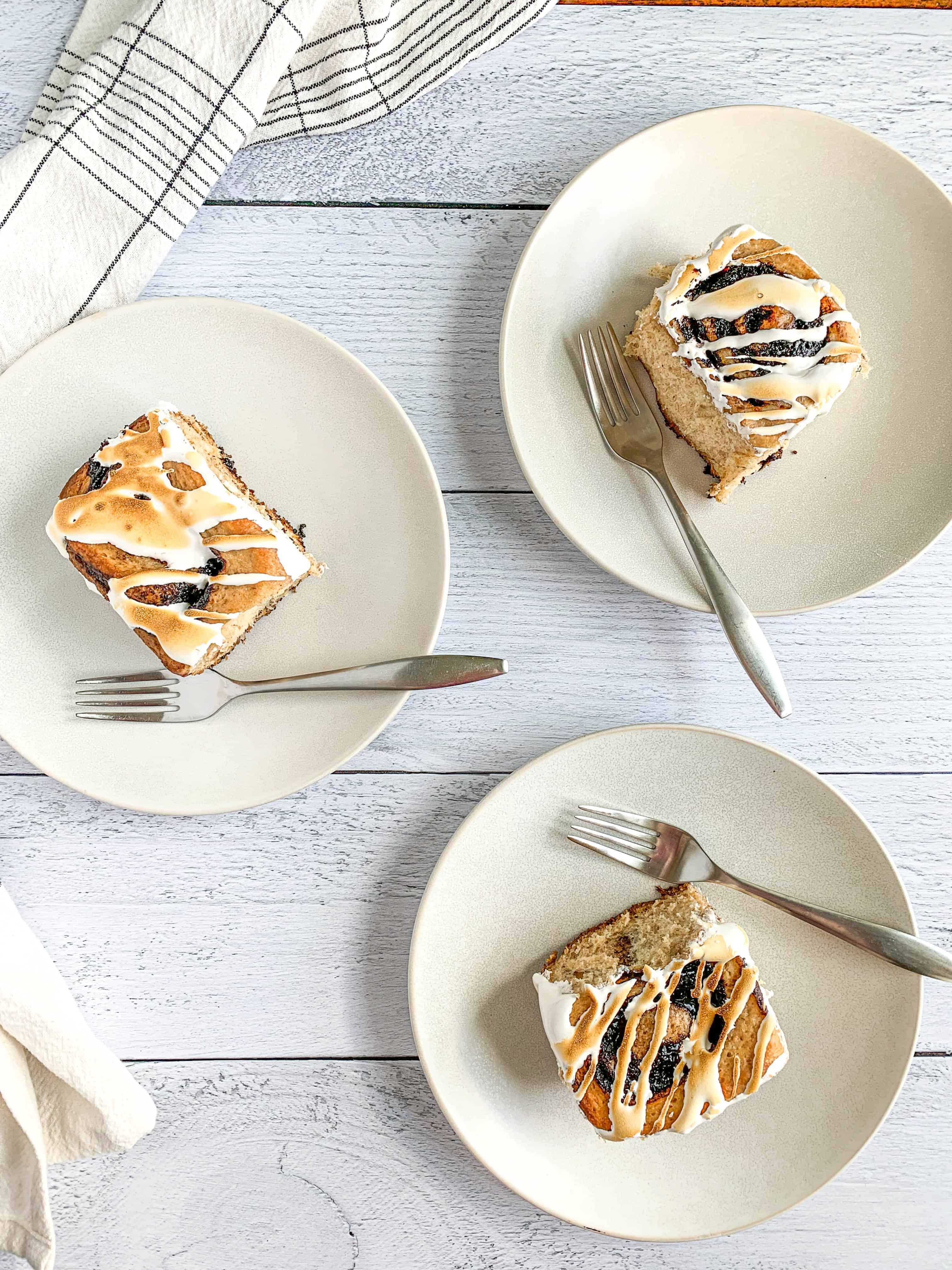 The dough is made. Filled. Shaped. Chilled. BAKED! Now you get your drizzle on. Marshmallow glaze to your heart’s content (extra on mine, please). Just ONE more thing if you want it to really be like a s’more: we have to toast that marshmallow glaze. I use a kitchen torch to toast the glaze. If you don’t have a torch, you can put the sweet rolls under the broiler, just don’t take your eyes off them for a second! I prefer the torch, since it gives more control over the toasting. My torch is old so I don’t even know what kind it is, but this one (link [here]) has great reviews. 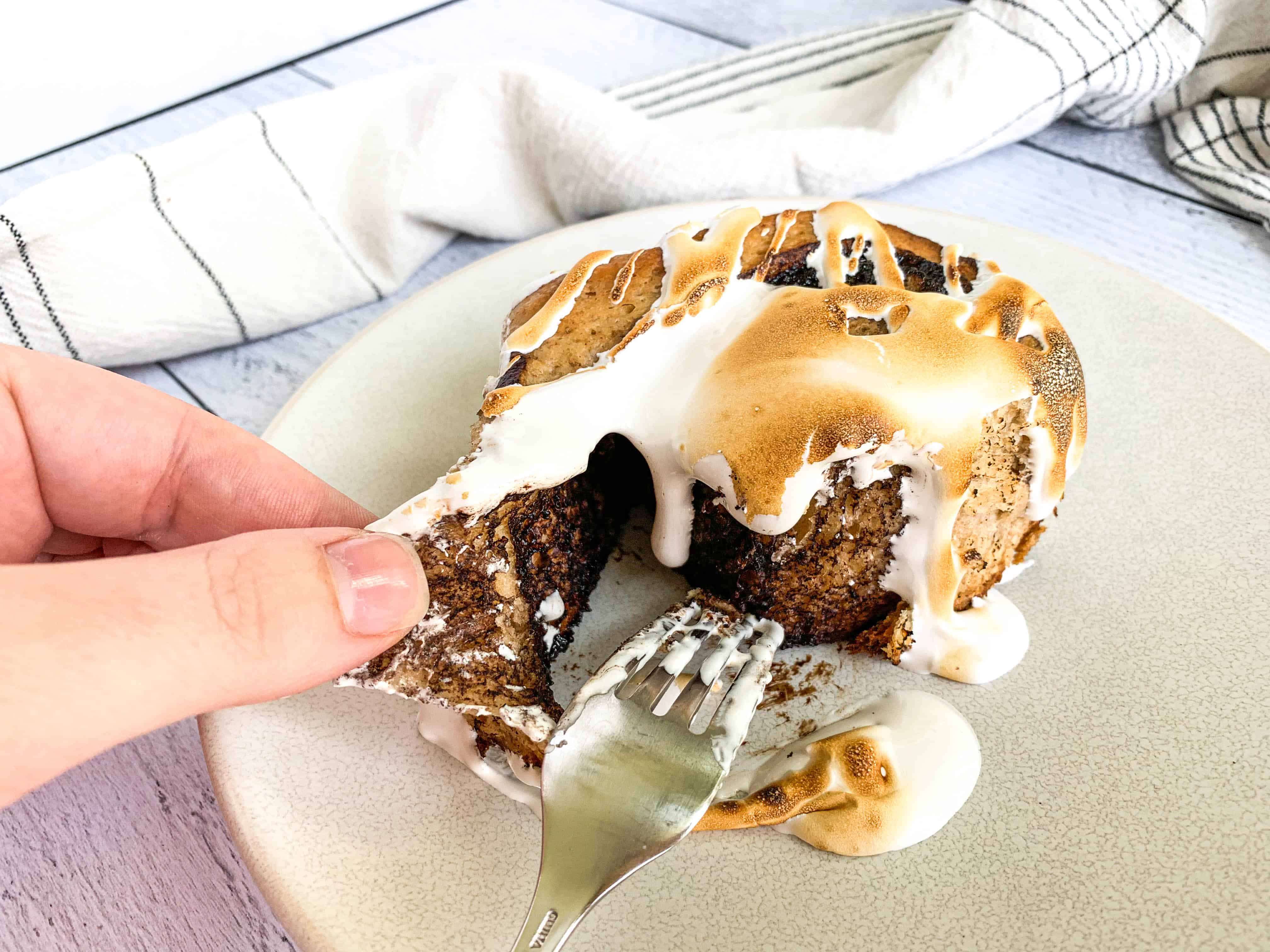 I hope that you’ll make these S’mores Sweet Rolls soon! The nice part is, although summer is fleeting, s’mores are forever. <3 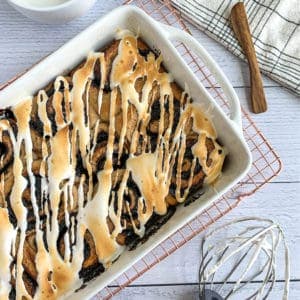 Note on graham flour: Usually I can provide substitutions, but the graham flour is really necessary for your sweet rolls to be like the graham cracker portion of a s'more. If you can't find it in your local grocery store, you can find it [here]. Note on toasting glaze: I use a kitchen torch to toast the glaze. If you don't have a torch, you can put the sweet rolls under the broiler, just don't take your eyes off them for a second! I prefer the torch, since it gives more control over the toasting. My torch is old so I don't even know what kind it is, but this one (link [here]) has great reviews.
Tried this recipe?I'd love to hear all about it! Leave a review below, then snap a pic and tag me on Instagram! 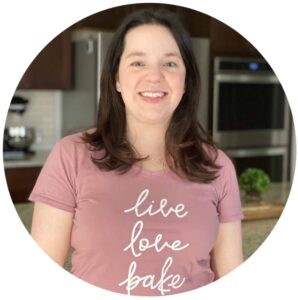